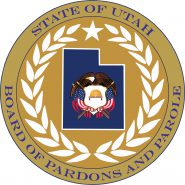 The Board of Pardons and Parole is created by the Utah Constitution and laws enacted by the Legislature. The purpose of the Board is to determine when and under what conditions persons convicted and serving prison sentences should be released. The Board may also pardon, terminate, or commute offender sentences. The Board has statutory authority to impose restitution of modify or forgive court-ordered restitution, fines, or forfeitures.

The mission of the Board is to render just decisions regarding parole and supervision of offenders. Decisions must be consistent with federal and state constitutions and state statutes. The primary objective of the Board is protection of the public. The Board also has the duty to safeguard the rights of victims and offenders. 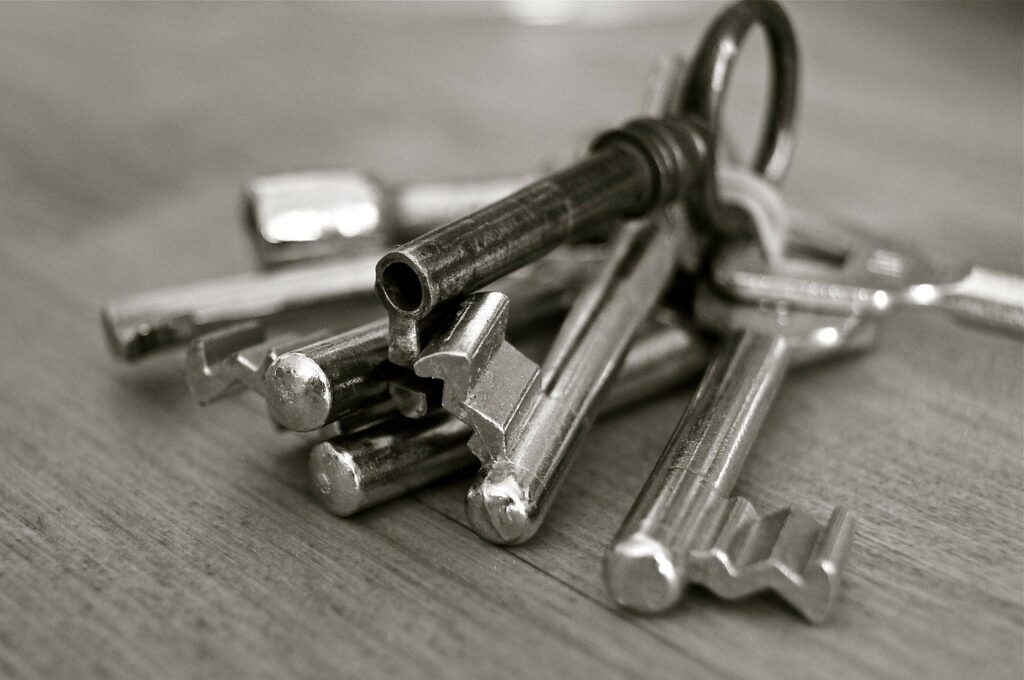 Original Hearing Dates - How are they set?

Eligibility for an original parole grant hearing is determined by the sentence given by the court (Utah Administrative Rule R671-201).

Death Cases – When an offender comes to prison for a crime that involves a death (for example, murder, manslaughter, automobile homicide, child abuse homicide, etc.), the Board will, by majority vote, determine a month and year for the original hearing. As part of this process, the Board will consider the facts of the crime, the sentence(s) stated by the court, and any aggravating (bad) or mitigating (good) facts available to the court at sentencing.

An offender who has more than one offense will be scheduled according to the most severe offense. Even though an offender has a parole grant hearing scheduled, it does not guarantee that a parole date will be given. If the date of the original hearing was not determined by administrative review the hearing will be scheduled according to the crime of conviction after the periods of incarceration identified here:

Other Board Operational Information

Use of Sentencing Guidelines

The Utah Sentencing Guidelines specify the amount of time that is recommended for an offender to spend in prison. These guidelines were developed by the Utah Commission on Criminal and Juvenile Justice. They are reviewed at the time of sentencing by judges and calculated and reviewed by the Board in preparation for a parole hearing. Guidelines are based on the type of offense and offender’s criminal history and are advisory only, not statutorily mandated. Sentence and release guidelines are used by the Board to help make more consistent and uniform decisions. The Board has the discretion to deviate from the guidelines, and will do so based on aggravating or mitigating circumstances. The Board makes its decisions on the individual merits of each case.

Utah laws require that victims be notified of original parole grant hearings and rehearings (Utah Code 77-27-5(2)(a) and 77-27-9.5). Prior to April 29, 1996, a victim was defined as an individual against whom the offender committed a felony or class A misdemeanor offense for which the hearing is being held, or a victim of record. After April 29, 1996, for the purpose of the right to be present and heard at a public hearing as provided by 77-38-2(9)(a) and 77-38-3(7)(a), a victim of crime also includes any victim originally named in the allegation of criminal conduct who is not a victim of the offense to which the offender entered a negotiated plea of guilty. A business may qualify as a victim for purposes of testifying.

Approximately three to four weeks before a hearing, the Victim Coordinator will notify the victims, in writing, of the scheduled hearing date. Often the only available information about the victim was obtained at the time of the crime or at the sentencing date. If victims have a change of address or phone number they are requested to inform the Board. The new address or telephone number will be kept on file so that the victim can be assured of timely notification. This information is not released to the offender.

Victims are not required to attend parole hearings.  Victims may attend and chose to testify or submit written comments.

A victim attending a hearing will not be photographed without the consent of the victim and the approval of the hearing official.

Victims have the right to be contacted regarding release dates. In order to receive notification, a victim must, in writing, request notification from the Department of Corrections.

Disclosure to the Offender

Utah Supreme Court decisions require the Board to provide the offender with copies of all documents reviewed by the Board when considering a parole. The Board will provide copies to the offender approximately 7-10 days before the hearing.  The disclosure of information is often referred to as the ‘blue packet’.  The Board encourages the offender to review the documents carefully and to submit any responses, corrections or questions to the hearing officer conducting the parole hearing.

The Supreme Court decision allows a narrow exception to the disclosure ruling for safety. If confidentiality is absolutely required to protect the safety of an individual, the Board may summarize the document and provide only the summary to the offender. When information is summarized the identity of the author will remain confidential.

Board of Pardon and Parole hearings are open the the public.  Victims, friends, family, interested parties and the media may attend however only victims and the offender may testify at the parole hearing.  Hearings are conducted in the prison and attendees must comply with the Department of Corrections Security Rules including being screened for weapons and presenting photo ID.

Because Board hearings often involve talking about violent or disturbing criminal conduct, they are not a good place for children.  However, child victims or their family members have a legal right to speak during Board hearings.  The Board highly suggests that children, who do not have the right to speak, stay in school, at home, or in another safe place, rather than attend Board hearings.

At the conclusion of the hearing, the person conducting the hearing will take the matter under advisement. Under Utah law all decisions must be made by a majority vote of the Board and are not final until issued in writing. Decisions are based on a careful review of material in the offender’s file, including, but not limited to, information from the sentencing judge, the Department of Corrections, pre- and post- sentence and institutional reports, victim input, recommendations from the prosecuting and defense attorneys, and recommendations from law enforcement agencies. Information may also be received from the offender, the offender’s family and personal acquaintances, and any other individual, agency or entity which provides relevant information. The results of hearings are public information and most are available within 14 days after the hearing. Results will be sent to the offender and posted on this website.

All board hearings are recorded. A recording of the hearing may be obtained by sending a written request that clearly identifies the hearing date and offender’s name. There is a $10.00 fee charged for duplicating and processing. A request must be accompanied by an advance payment for the recording.  Click here to request Board hearing audio.

Notification of Other Releases

By Utah law, a victim may be notified of “other” releases of the offender (UCA 64-13-14-.7). “Other” releases are defined as releases other than those granted by the Board at the time of the hearing. These releases include:

A victim must submit a written request to be notified of release. The Utah Department of Corrections website is located at https://corrections.utah.gov.  You will likely be asked to provide the offender’s name, victim’s current mailing address, and the telephone number of a person who can be reached, in case of an emergency. Address changes and contact information must be provided to the Department of Corrections.

Parole is a conditional release from prison to supervision in the community before final expiration of sentence. A parole agent is assigned to the offender by the Department of Corrections. The offender must follow the conditions of parole to remain in the community. The Board will set conditions designed to help the offender in overcoming factors contributing to the offender’s criminal behavior and to provide protection to the victim and society. These factors may include inpatient drug and alcohol therapy, sex offender or mental health therapy, completion of a halfway house program, a “no alcohol” condition, intensive supervision Parole (ISP), electronic monitoring (EM), restitution, or any other conditions the Board deems appropriate. (See Parole Agreement)

Restitution will be considered on a “case-by-case” basis. The Board will order compensation to be made unless extraordinary circumstances exist that justify the setting aside of restitution. Once restitution is ordered by the Board, it becomes a special condition for the parole release agreement. Collection usually begins at the time the offender is placed on parole. The Parole Agent works with the offender in setting up a payment schedule according to the offender’s ability to pay. Payments are collected and disbursed by the Department of Corrections. It is important for the victim to keep the Department of Corrections informed about their current address and telephone number. This information should be provided to the supervising parole agent. Consult the phone directory for the address of the parole office. If assistance is needed to determine the correct parole office, contact the Department of Corrections.

When an individual is released on parole, the Board orders certain conditions that may include requirements for treatment, residence at a community correctional center, no contact orders, restitution or other relevant conditions.

All visitors need to be modestly dressed in order to be permitted entry into the prison. Bare midriffs, see-through blouses or shirts, shorts, tube tops, halters, extremely tight or revealing clothing (including dresses and skirts more than three inches above the knee), or sexually revealing attire shall not be permitted. Children under the age of twelve may wear shorts and sleeveless shirts.

Attendees will be subject to all Department of Corrections security procedures and dress code standards. Prison admittance regulations require members of the public to bring one form of photo identification. Please leave other belongings such as purses at home or in a locked car and arrive at least twenty (20) minutes prior to the hearing.